You are here: Home / Your Cosmic Whisper / Kilonova and Gravity Waves

In 2017, astrophysicists got the thrill of a lifetime (or the thrill of the past 130 million years, depending on your spacetime viewpoint). They captured the collision of two neutron stars, called a kilonova (yep, that’s bigger than a supernova!). Check out the cool video animation of the event above. The fusion of chemical elements in the blast of material during this event is mind-boggling. For example, if the Earth were close enough and in a direct line of the gamma ray burst from this thing, the whole planet would be toast.

Also, if you want to create your own heavy elements like gold, this is the way the universe does it (you probably should not try this at home). It takes this much mass (neutron stars are super dense) and energy to create our most valuable metals. I keep wondering if humans are obsessed with precious metals like gold, silver, and platinum because they can feel the residual power that created them.

The coolest synchronicity of this kilonova event is that the scientists who succeeded in finding gravity waves for the first time in 2015 received the Nobel Prize in Physics in 2017 for that work. Must have been awesome to see such a definitive proof of gravity waves (first theorized by Albert Einstein) the same year they won their Nobel.

I love these discoveries because they continue to validate my intuitions about how the universe works. I am not a physicist, so I have to trust the math of the specialists in this area, but the English explanations sync right in with how I envision the play of matter and energy in the fabric of spacetime.

Stretching Beyond the Science . . .

I get that some of my intuitions are not provable yet by science. As a long-time science fiction fan, I wait patiently for the validations that I’m sure will be found.

It’s exciting to envision an expanded understanding of the complex and beautiful ways energy and matter interact in our relative universe. Hints of the Oneness of Home beyond our existence here are all reflected in different ways, from quarks to galaxies.

The quantum universe of the very small could hold the keys to our intuitions about telepathy and other extrasensory perceptions. The realm of the very large (galaxies, dark matter and energy) shows us gravitational pathways among the stars. Maybe someday we’ll bend that space (warp drives, anyone?) to get from one place to another in the universe. When we figure out how to pull the very large and the very small forces together, we may understand why I can, in my meditations, sometimes feel as if I am as large as the universe itself and fully connected to All That Is. The expansive potential is amazing!

I know. It could take more than several lifetimes for science to catch up to my fantastical ideas. But I am patient; it’s taken more than a century so far to find experimental validation of many of the elements of Einstein’s theories from the early twentieth century. We could also yet prove him wrong on some cosmological points as well.

That’s what I love about the future; its infinite potential. Take a look at the present moment, and you will see within it the infinity of the future, waiting for you to make that decision to expand your energy and write your name among the stars. Try it! 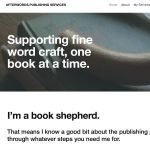