It never stops—the wind rushing,
constantly roaring past my ears.
They never cease—the waves breaking,
committing suicide on the sand.

Birds tack into the wind, suspended,
hovering still-lifes pinned against the sky.
Why don’t they just go the easy way?
There’s water in three directions.

In the slower currents beneath the surface,
fishes hide from hooks laid to pull them
into the rush of wind and crush of wave
where the gasp of death awaits.

We wait for that rush of adrenalin
from the battle of hands against fins,
until silver scales break the water, and—
our eyes meet, just as he lets go.

Water and wind rush by, hour by hour,
until the jerk, the hook tearing flesh,
and on the pier she flops, silver scales
and fearful eye shining in the sun.

I put her in a bucket to stop her gasping;
she turns restlessly in her new cage.
So delicate, so beautiful, so strong,
but she’ll be shark bait on the next cast.

And we think we stand above it all, so still.
But it never stops—the cycle of birth, hunger,
and death, the death that preserves the next life.
It never stops—life rushing to its final shore. 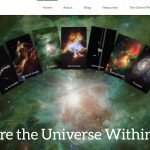 Get my blog posts in your inbox